Out of all of the celebrity parents willing to share parts of their lives with the public, Kristen Bell is the one many of us can relate to them most. She and Dax Shepard are open about the tough parts of marriage and parenthood as well as the rewarding ones, they’re not afraid to admit that things can get messy or that their relationship isn’t perfect, and honestly, she doesn’t think her children are special little angels who would never be mistaken for regular, non-famous human beings acting like hooligans in an Applebees on any given night.

Below are 9 times (out of many, I’m sure) when she totally inspired the rest of to keep on keeping on for another day in our own, non-celebrity lives.

9. She’s not sanctimonious about breastfeeding. 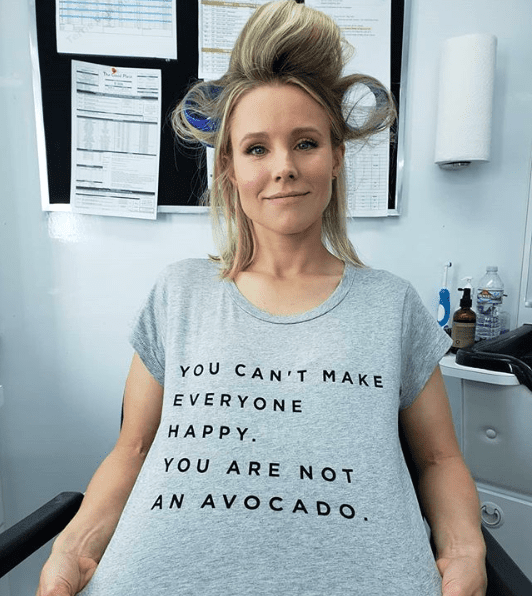 There are plenty of mommies out there who want you to believe that because breastfeeding your babies is “natural” that means that it’s easy – it’s not, and that myth discourages many women into quitting before they realize that it does (usually) get easier.

Bell struggled with mastitis, an extremely painful infection and inflammation, while on location in Atlanta and she wasn’t afraid to share how much it sucks (or the unconventional way she had her husband help her out).

8. She shares your hate for mornings. 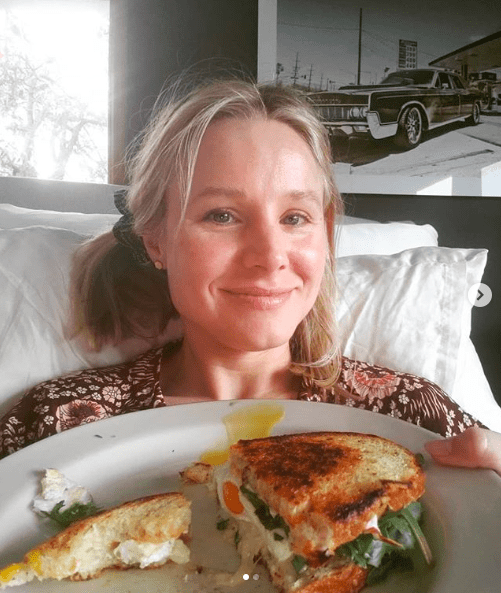 Especially you’re a working parent who needs to get out the door in time to drop your kid off before making it to work on time, but also if your mornings involve prodding kids through a routine in general, then you’ll find her comments about how mornings with kids suck totally refreshing.

7. She lets her kids read fairytales – but explains why and how some of the themes are problematic. 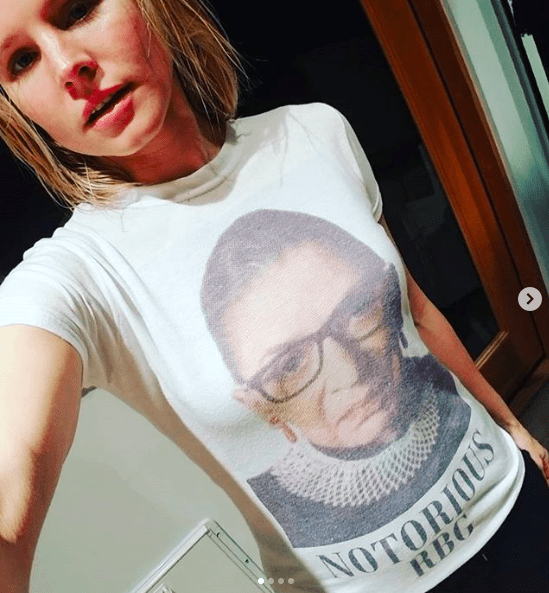 There’s no avoiding fairytales with kids, and there’s a reason the stories are classics. That said, nowadays they also offer plenty of opportunity for discussion about gender roles, women’s rights, and explicit and spoken consent. Kristen and Dax are leading the charge!

6. She’s had the sex talk early and often with her daughters. 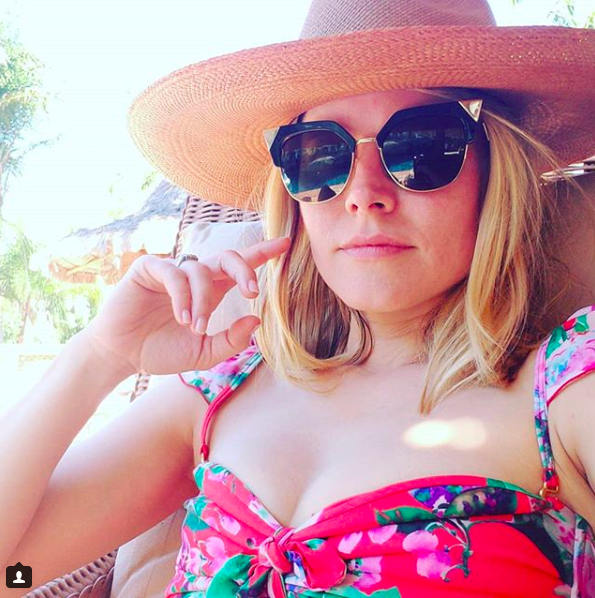 Having a healthy relationship with sex and sexuality is important for both genders, and to that end, Shepard and Bell have started telling their daughters about sex from a young age. They might not understand everything now, but starting early means it won’t be considered a taboo or difficult topic to bring up later.

5. She knows that bedtime stories are the best part of the day. 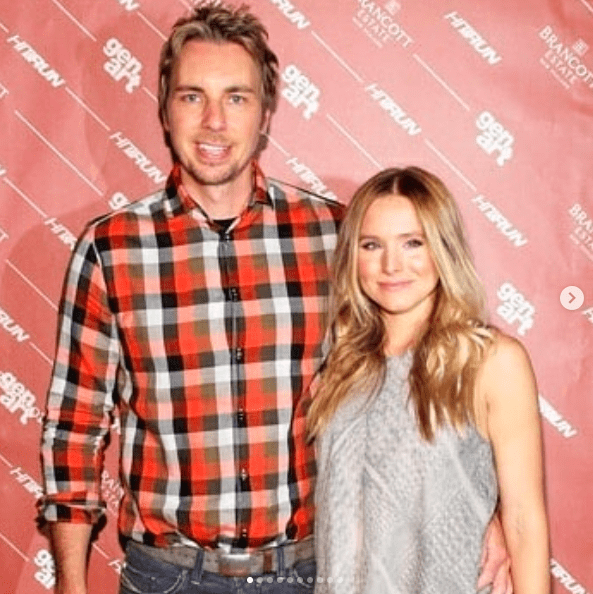 She tries to buy books with good messages and take the time to talk through ones that might need more explanation – she also shares her kids’ favorite books with the rest of us, and loves those snuggles at the end of the day.

4. It’s important to her to let the kids see her and Dax make up after they fight. 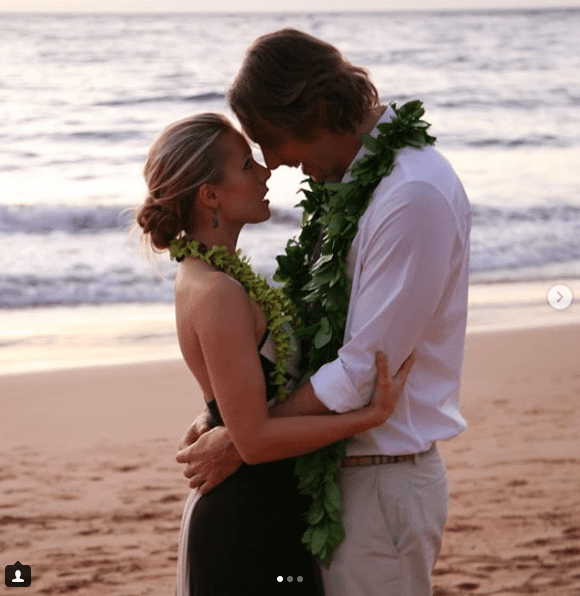 Most parents try not to lose their cool with each other in front of their kids, but it’s life and everyone has their bad days, so it’s bound to happen in every family. So, her rule is that if they fight in front of the kids, they also end the fight and apologize where they can see, as well.

3. She’s not afraid to lie to her kids – even about their birthdays. 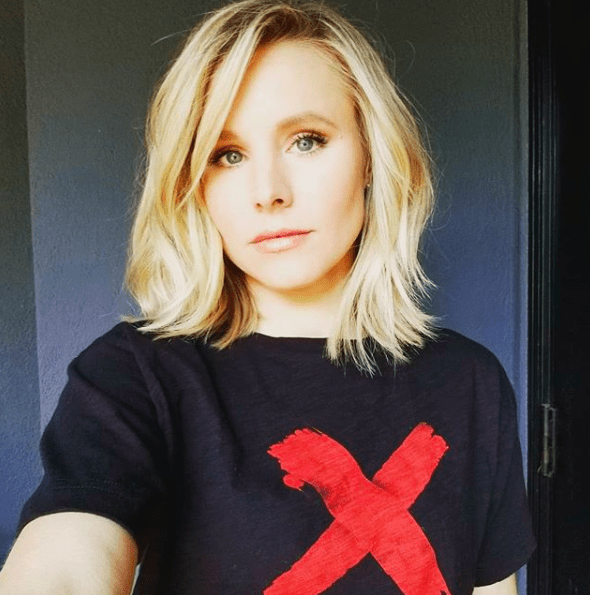 Hey, you have to take advantage of some things while your kids are too little to realize or know better – and that includes telling them their birthday falls on a day convenient for everyone to celebrate.

2. She admits she’s tried a few controversial parenting methods when she’s desperate to find something that works. 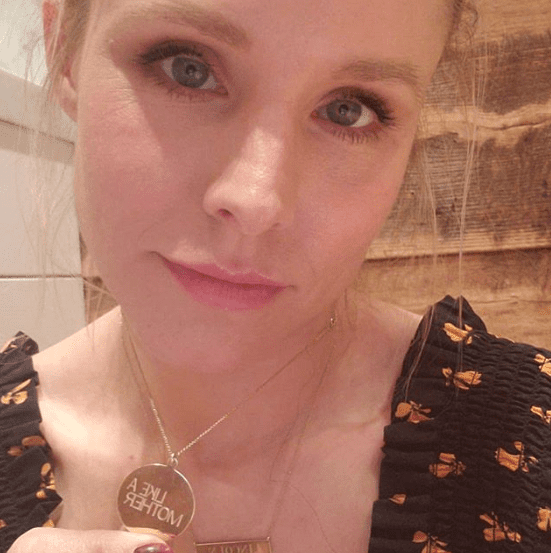 If there’s one thing every parent knows for sure, it’s that they definitely do a lot of things they said they wouldn’t before they had kids. When you’re exhausted, at the end of your rope, and out of patience and ideas, sometimes you try things just to see if they might work.

For example, Bell and Shepard’s daughter Lincoln was so rowdy at bedtime they bought a lock for her door and locked her in until she fell asleep. Don’t worry, though, they make sure to unlock it before they go to bed in case of an emergency.

1. She got her kids to actually tell her about their day. 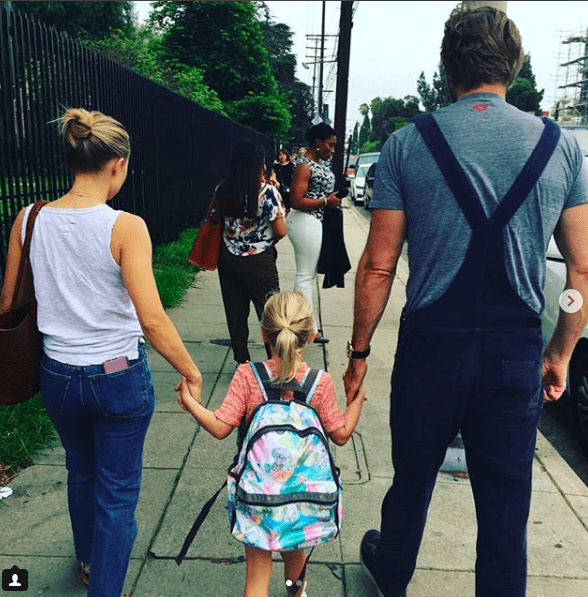 You know the drill – you ask your kids (or any kids) “how was your day?” and get the shortest answer possible. But instead of giving up, Bell tried explaining to her children the reason she asks that dreaded question.

“Do you know why we ask you about your day? I ask you about your day and I ask Daddy about his day because we’ve been separated for a few hours and I wonder how you’re feeling….if you experienced something today you want to talk about. Also because I’m interested and it gives us a chance to reconnect to each other. That’s why people ask one another about their day. It also makes the other person that’s being asked feel very good and valued. It’s a nice way to show you love someone.”

You never know – it could work for you, too!