This Dad Loves Hiding Cash For His Daughter In Unexpected Places

Dads are known for spoiling their daughters, and also for just wanting to make sure that they’re okay in the cash department. This particular dad sprinkles a little humor into the mix by stashing $20 bills around her house and then waiting for his daughter to “discover” them and send him a pic. 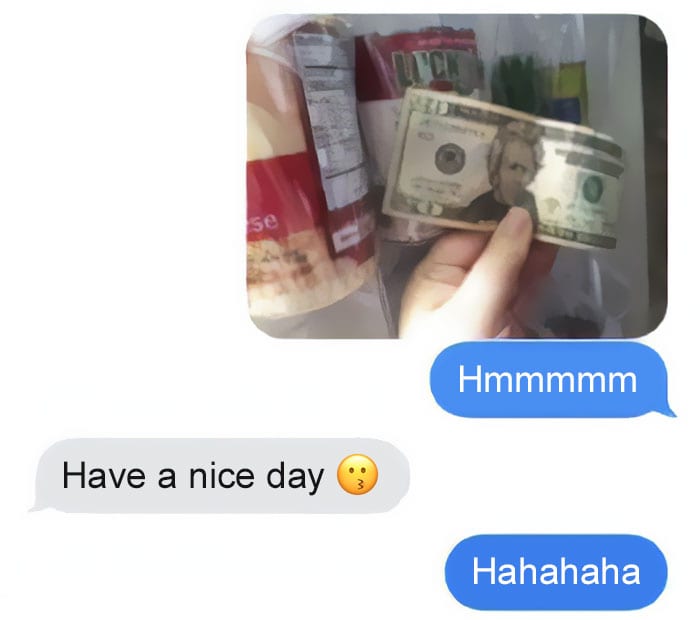 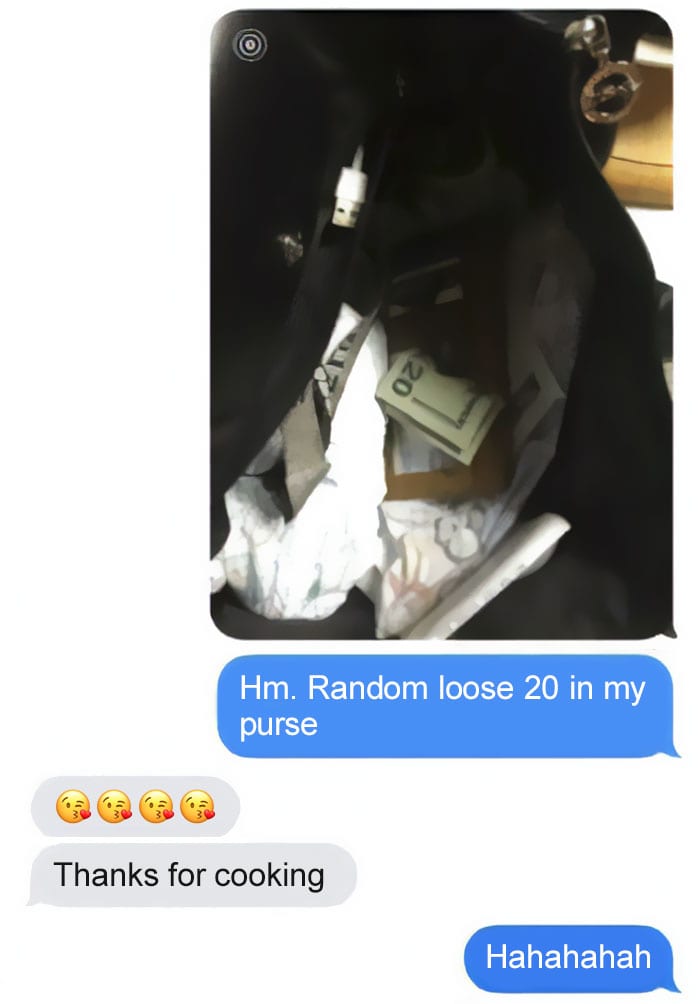 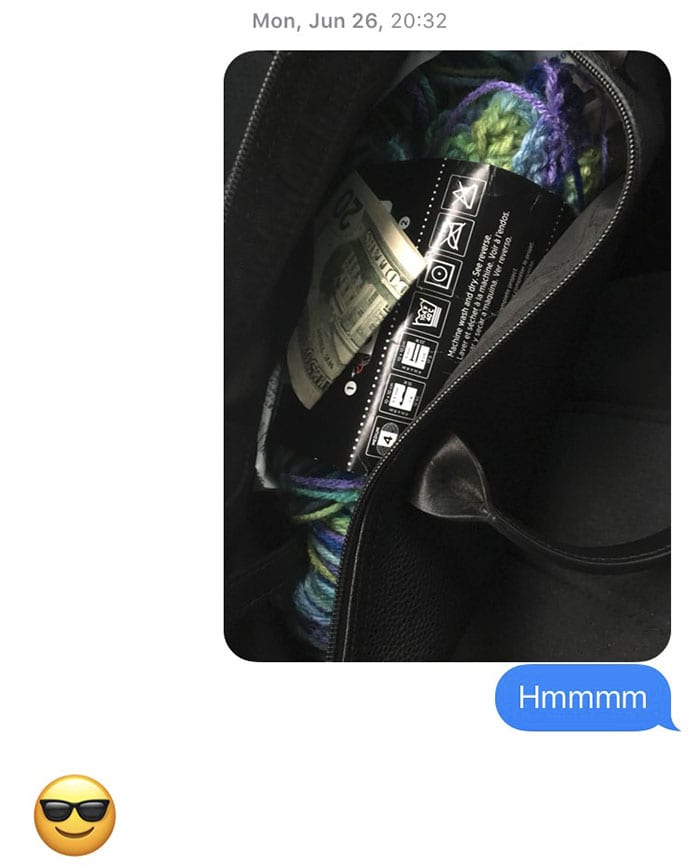 She’s found them in pretty much everywhere, and she loves their special relationship:

“I live close to him and he sees me regularly. We’re buddies. He usually doesn’t leave another until I find one.” 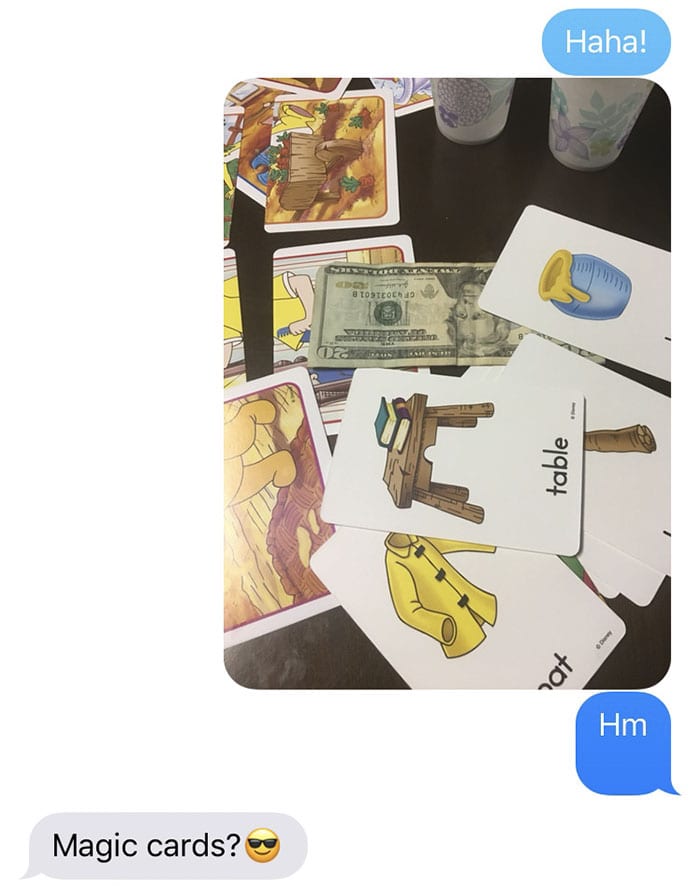 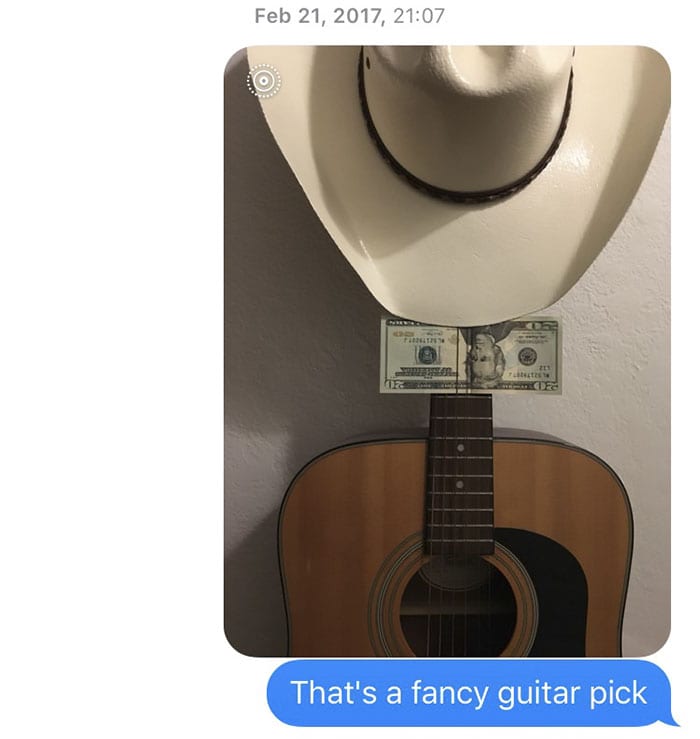 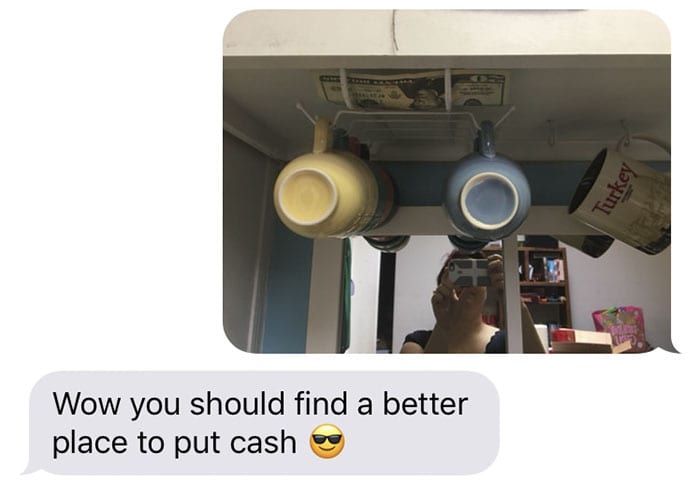 She often cooks him big dinners, and she always remembers to say “thank you” when the extra cash shows up here or there. As for dad, he says that’s enough for him. 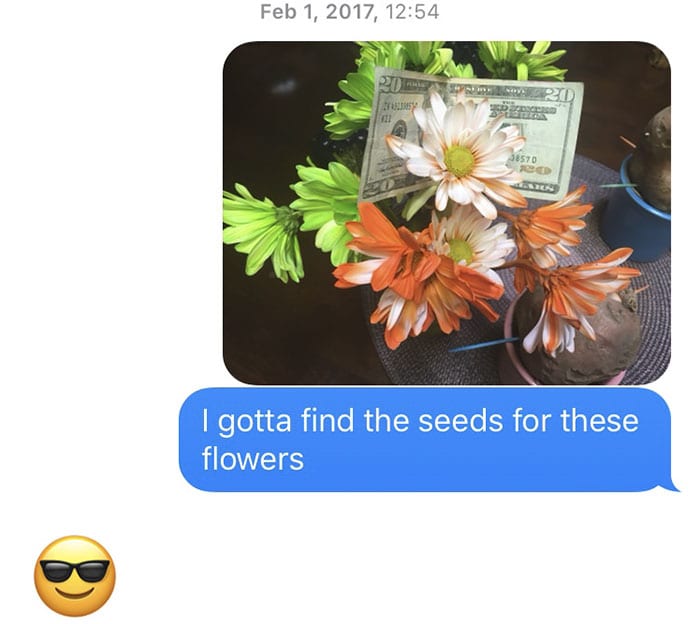 My favorite part is how his standard response seems to be the “sneaky sunglasses face” emoji.

Emoji AND dad game are both on point.

These Comics About Siblings Are Right on the Money
15 Adults Who Turned Coloring Books Into NSFW Masterpieces
15 Photos of Cats That Lost Battles with Bees
7 Times Kate Middleton’s “Mom Look” Was on Point
Do You Recognize the Celebrities in These Rare Childhood Photos?
Read This Post and Never Feel Guilty About Ordering Pizza for Dinner Again