Mattel has gotten a lot of flack for their line of Barbies over the years – generally for their appearance and proportions, which are literally unattainable by a human female – but this past week, it seems they have gotten something right.

They’re releasing a line of “Sheroes” and “Inspiring Women” dolls, 17 of them in all. 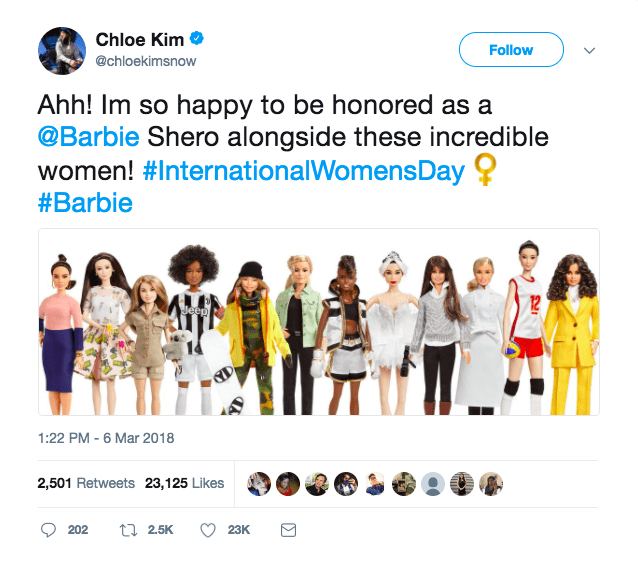 It’s quite a lineup!

The “Inspiring Women” dolls celebrate notable women throughout history and are set to include Amelia Earhart, Frida Kahlo, and Katherine Johnson (of NASA/Hidden Figures fame).

In a recent interview with Glamour, Barbie’s GM, Lisa McKnight, talked about the reasons they wanted to bring dolls like these into the light:

“As a brand that inspires the limitless potential in girls, Barbie will be honoring its largest lineup of role models…you can’t be what you can’t see. Girls have always been able to play out different roles and careers with Barbie, and we are thrilled to shine a light on real-life role models to remind them that they can be anything.”

Mattel hasn’t shared a release date yet, but you can check out the full list of names and faces here.

These 15 Tweets Totally Sum up Being an Adult
This Is What Honest Corporate Slogans Look Like
Here’s Why People Really Believe Sibling Telepathy Is a Thing
15 Adults Share Their Parents’ Awkward Attempts At Explaining Sex
Unless Your Kid is REALLY Sick, Go Ahead and Send Them To School
You Need to See These Pics of Mini-John Legend in a Tux