When a fashion brand debuts a line at a fashion show, it’s not just a chance to show off new clothes; it’s also an opportunity make a splash. And that’s just what Gucci did on Wednesday at Milan Fashion Week, with a showing that might have been more at home on Game of Thrones: models hitting the runway carrying replicas of their own decapitated heads. 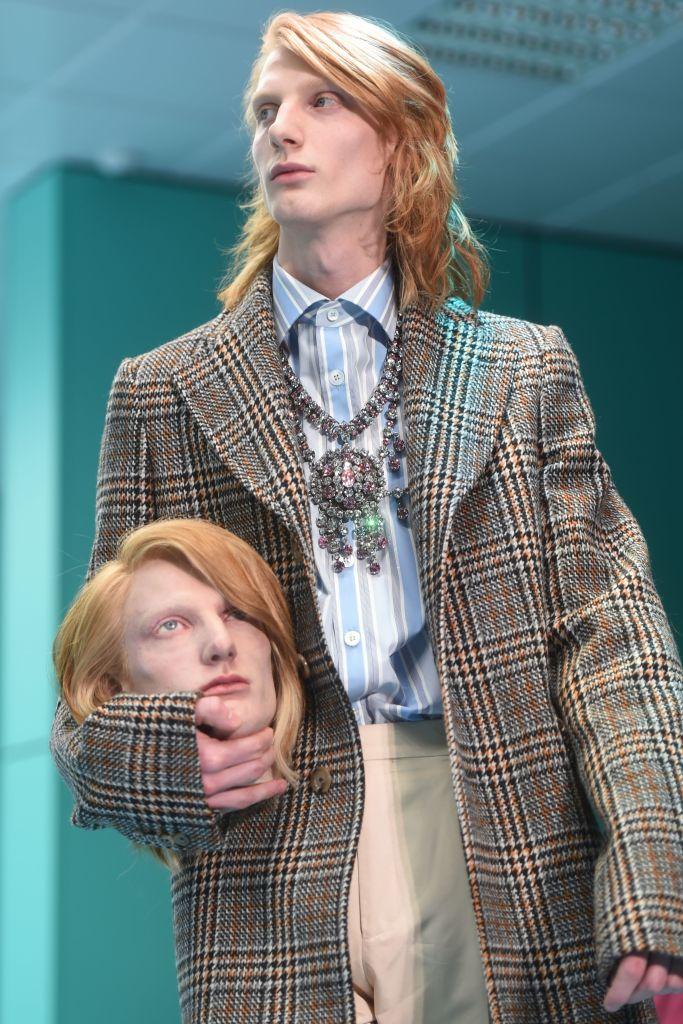 The collection, from creative director Alessandro Michele, is called “Cyborg,” and it showcases the brand’s Fall/Winter 2018 clothing line. The heads were created by Rome-based special effects company Makinarium. which created them with a 3D printer.

Good to know that head replication technology is so advanced these days! 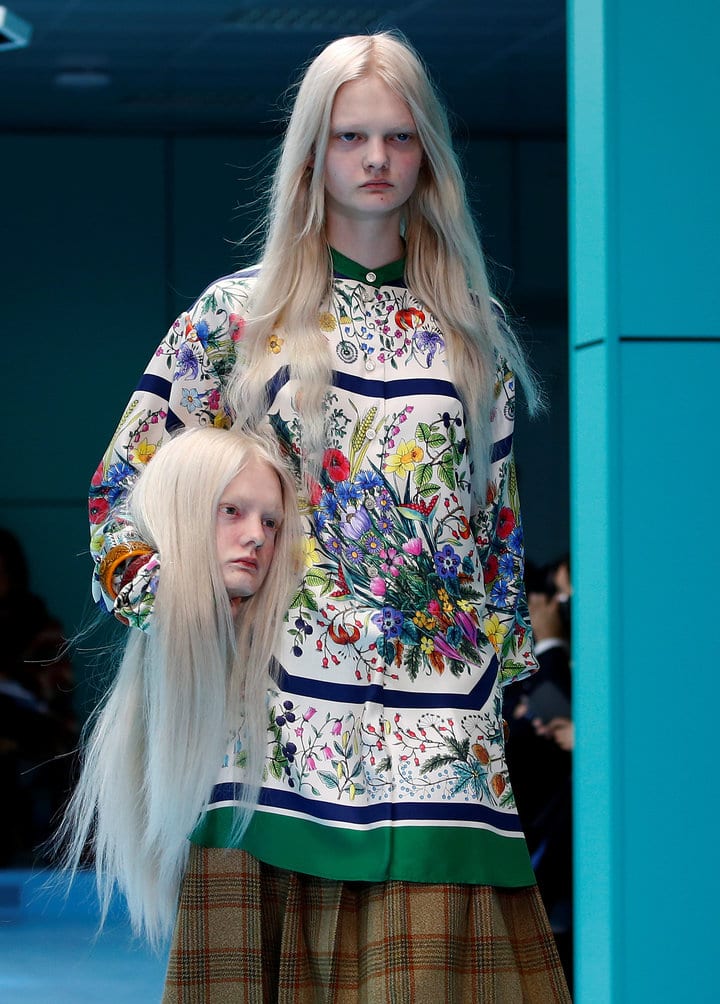 The decapitation-themed exhibit wasn’t just for shock value–though it definitely does achieve that. The inspiration for “Cyborg” comes from a 1984 feminist theory from Donna Haraway. (Michele credited Haraway in his show notes.) Haraway’s theory compares modern women to cyborgs from science fiction. Just like a cyborg is a being whose entire self is manufactured, modern women’s identities are created by a combination “Lived experiences, socio-political pressures and ideas from popular fiction.”

Models carrying their own heads is a way to encourage women to practice self-acceptance, by “Looking after their heads and thoughts,” Michele told Reuters. 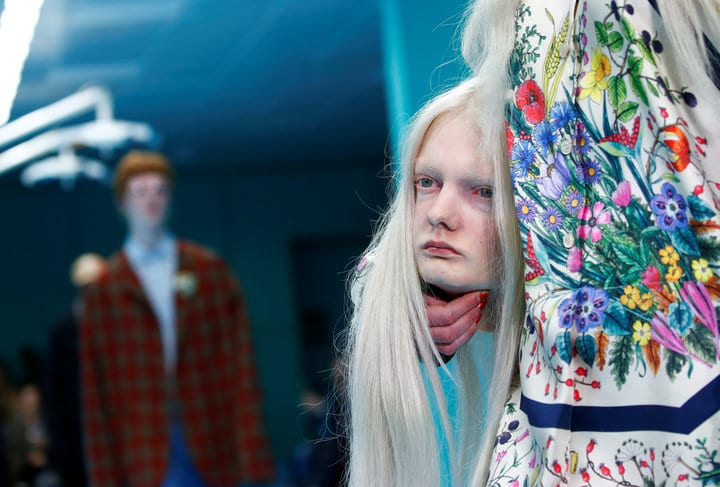 While the exhibition did impress some, plenty of people were understandably weirded out by the whole thing.

I mean I realise that some top models are head hunted for shows…but this is ridiculous!
Fashion show or horror show….way too creepy!

I love Gucci but can we go back to the good old fashioned runways and not a surgery room with models carrying replicas of their heads pic.twitter.com/W1PvMGky4G

And while the severed heads got the most attention, the Cyborg exhibition featured plenty of other unusual sights. The exhibit took place in a mock surgical operating theater. 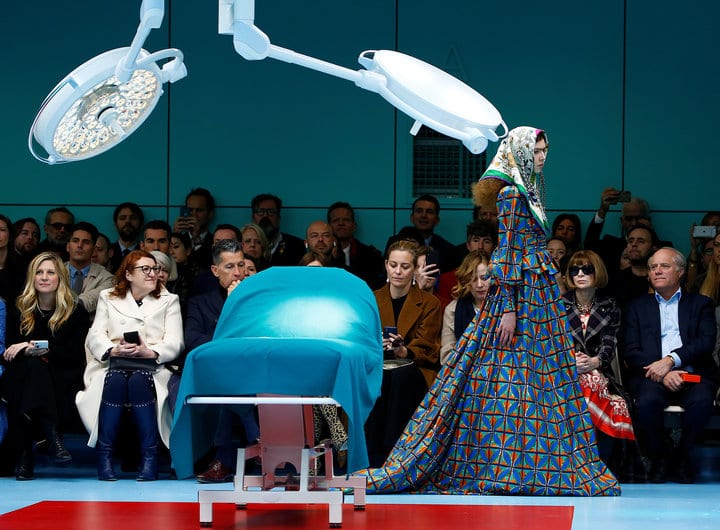 One model showed up with a third eye that was so realistic you might think it’s real. 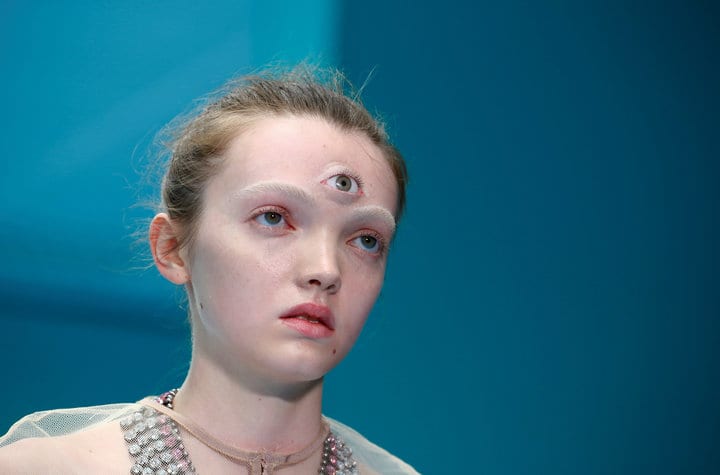 Another model wore a full-body red cloak that looks like it came from The Handmaiden’s Tale. 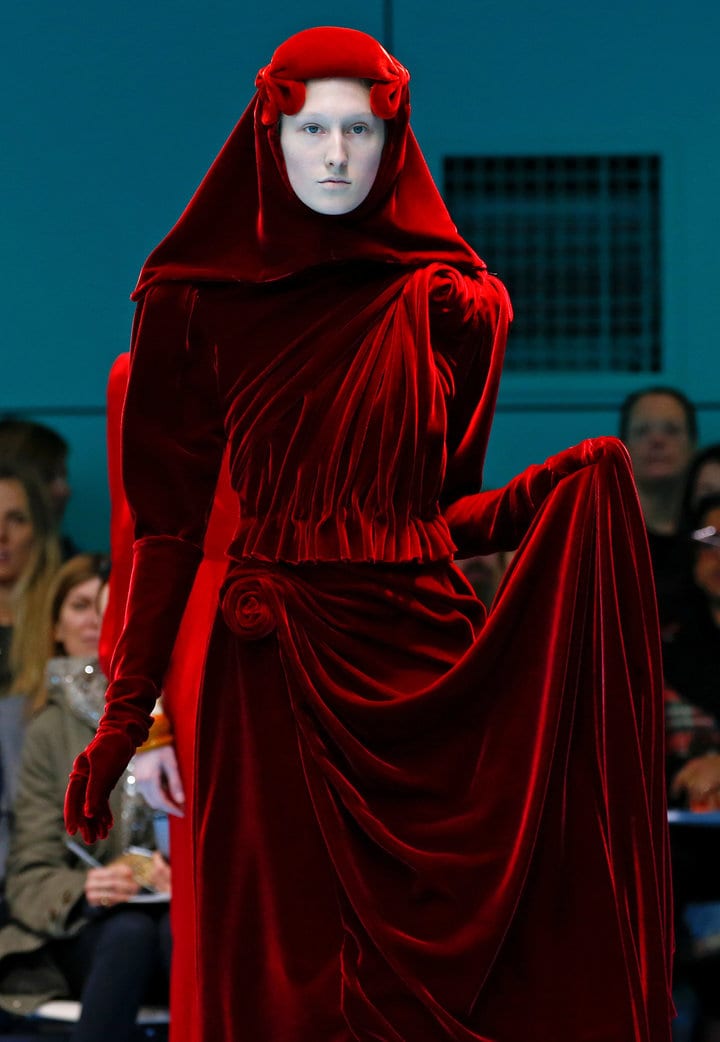 The brand continued its tradition of using corporate logos for inspiration: 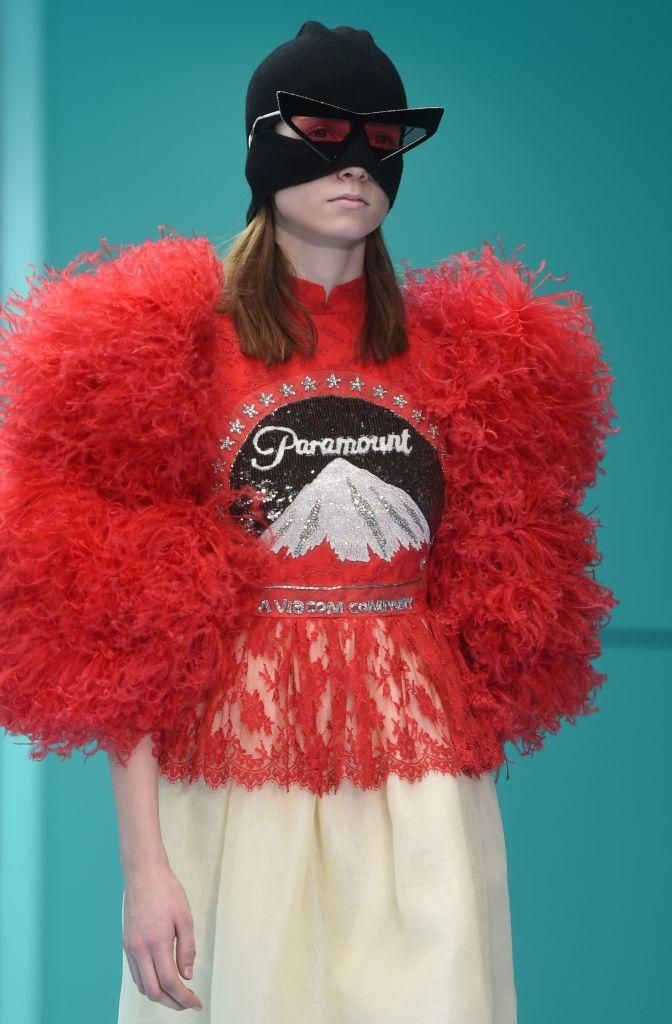 Since this was partly a winter collection, there was some unusual cold weather gear. 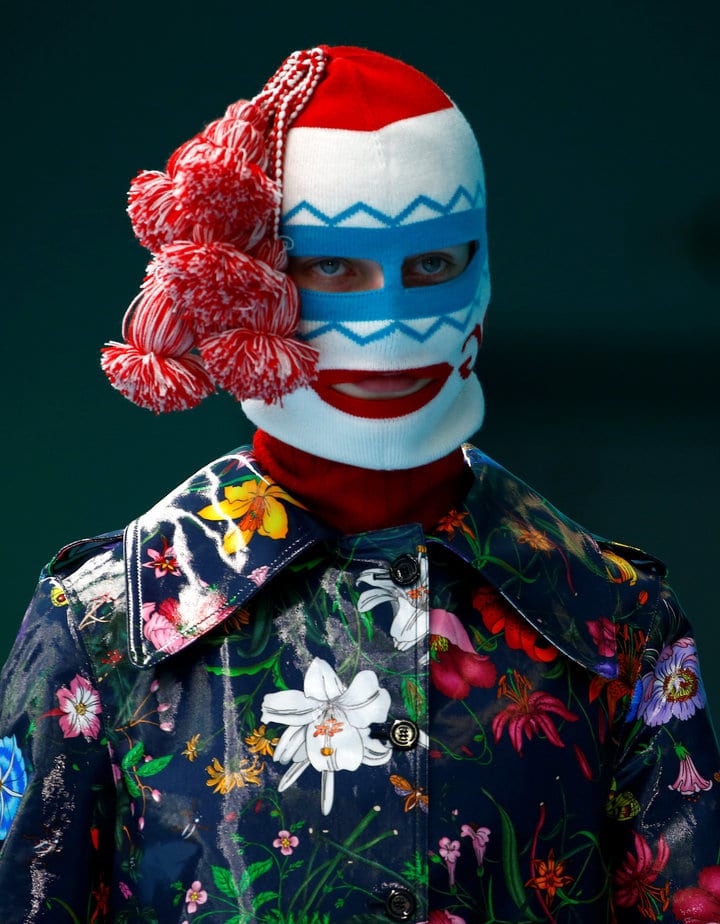 Maybe Michele thought his “Runway” show was really a “run away” show. That would explain this getup: 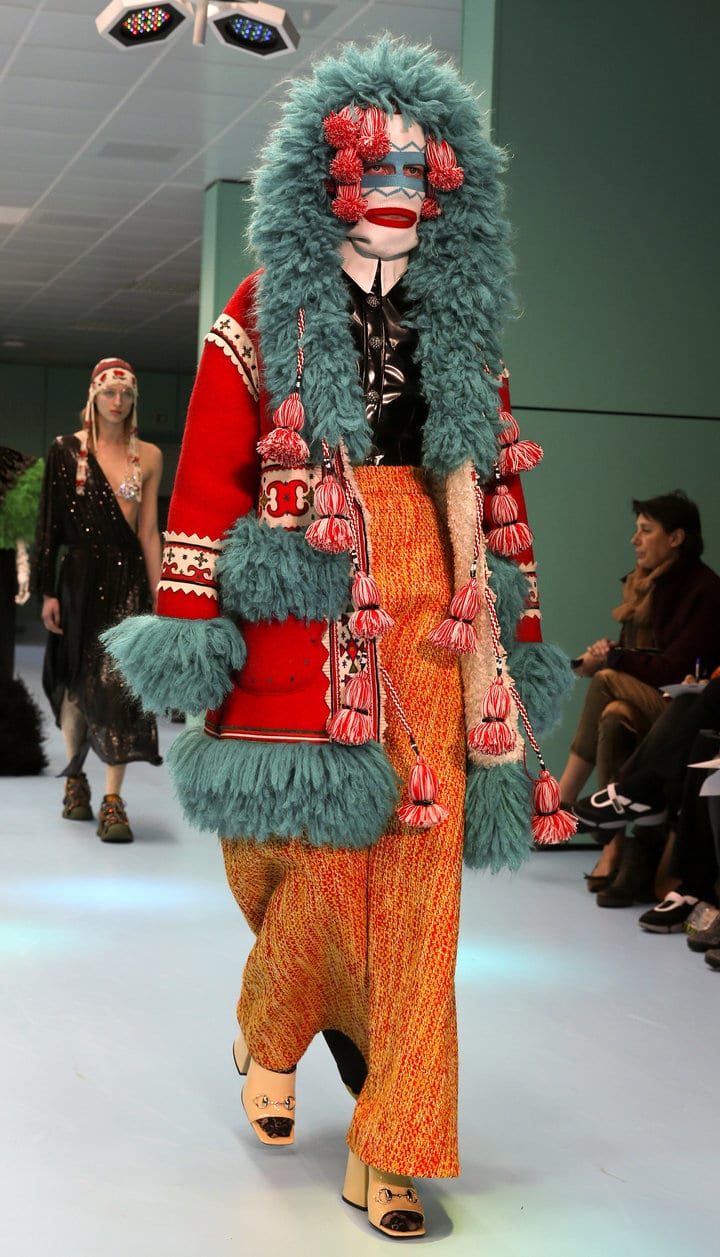 There were live reptiles. 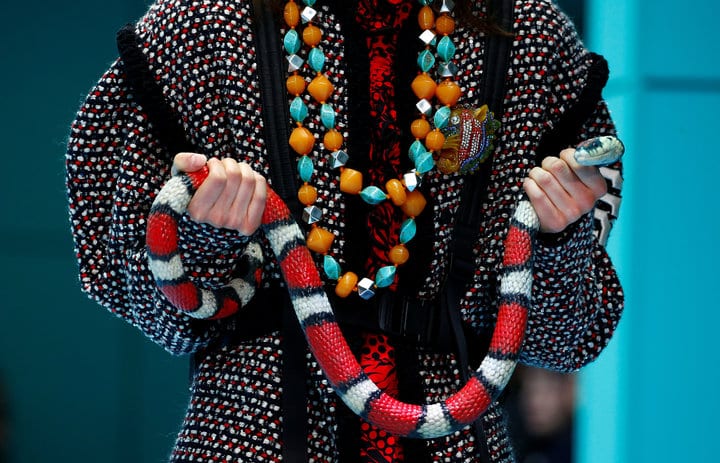 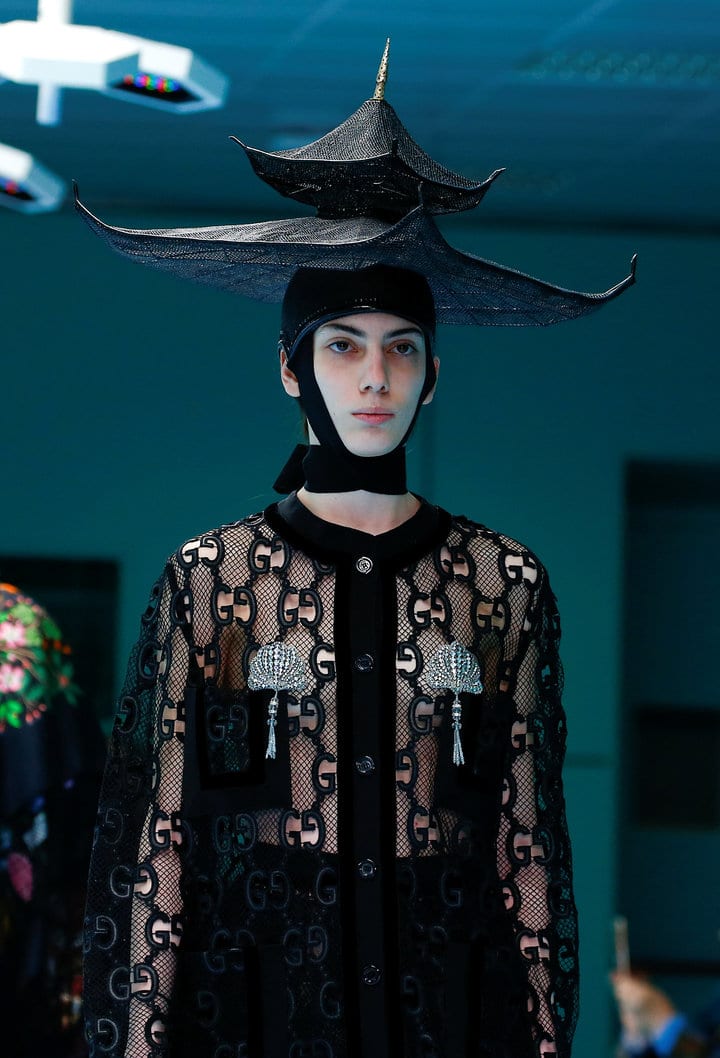 And one very tired dragon. 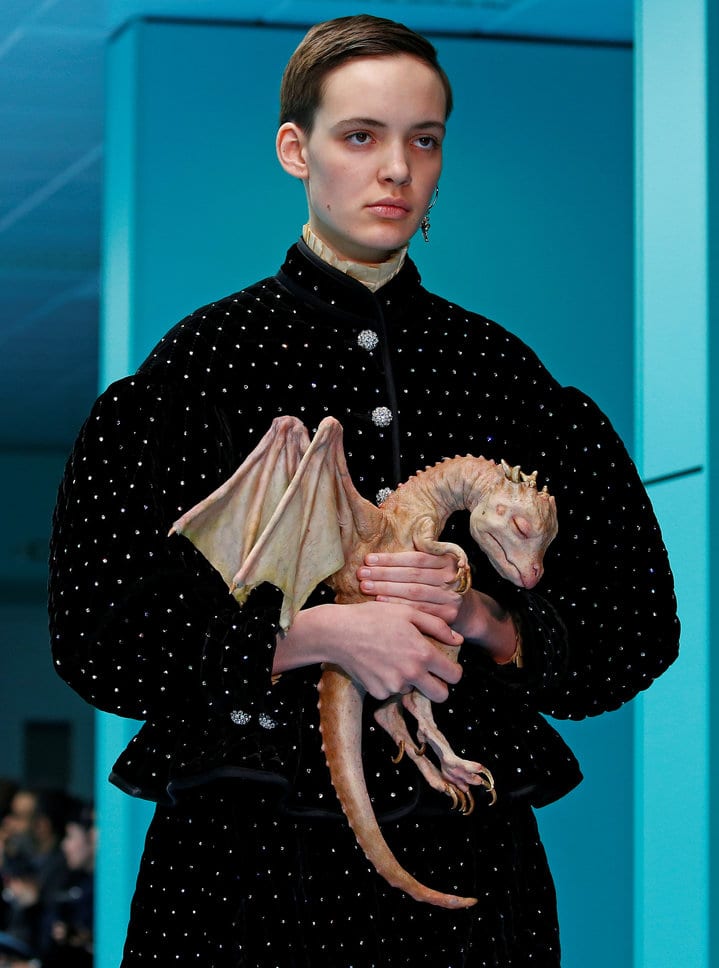 All of this creativity is nice, and it appears to be paying off. The company expects double-digit growth this year. If that happens, our new favorite fashion accessory could very well be the freshly chopped heads of our enemies.

Two Guys Had an “Instagram Girls Day Out” and Everyone Loved It – Including Them
Exhausted Parents – Here’s How a Navy SEAL Deals With Sleep Deprivation
This Mom-To-Be Shuts Down Her Haters With An Adorable Maternity Shoot Featuring Her Pups
Mom Discovers The Kama Sutra…For Kids
Can You Tell What These 6 Drawings Are Supposed to Be? Parents Will Understand The Struggle
14 Guys Who Got Destroyed for Being Creeps on DM