Listen up, people. Halloween is cancelled this year. These two twins have already beaten us all. Thanks for playing.

Lauren Willis and her twin boys Charlie and Row got a taste for nostalgia-fueled costumes last Halloween when she dressed her boys as Wayne and Garth from Wayne’s World. So this year they knew they needed to top themselves. Continuing their classic comedy trend this year, they settled on Ferris Bueller and Cameron Frye from Ferris Bueller’s Day Off. 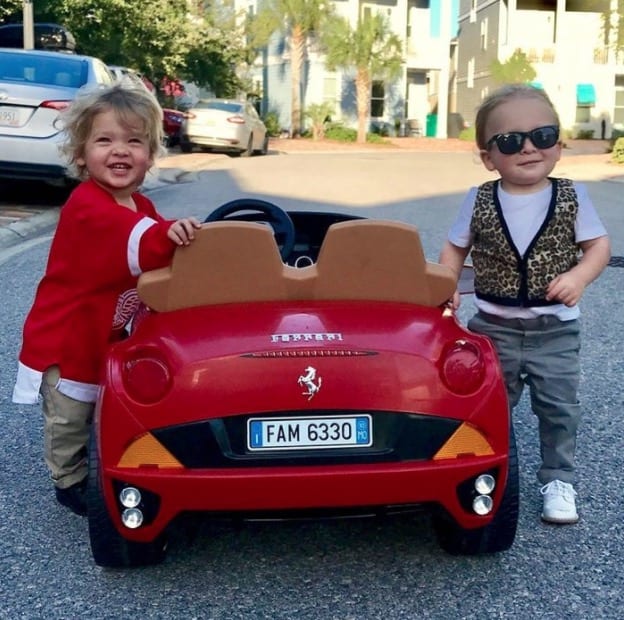 When it comes to dressing up like your favorite character on Halloween, it’s all about the details. From Ferris’s leopard vest to Cameron’s Red Wings’ jersey, to a miniature electric Ferrari, Willis definitely nailed it. All that’s missing is a tiny Sloane Peterson, and they’d be set. 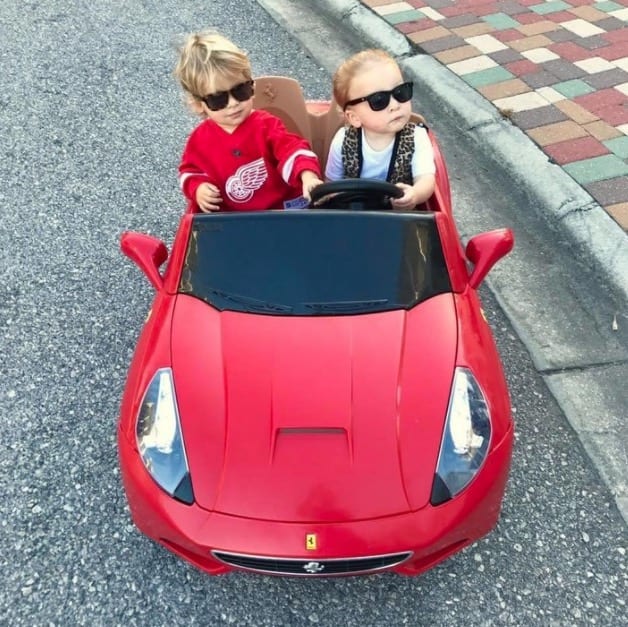 It took a bit of work to pull everything together. Willis had to order the vest and the jersey from Etsy and Amazon respectively. But luckily Willis and her husband were planning on getting the boys the car for their birthday.

But most of all, Willis wanted her boys to be comfortable in their costumes, a lesson she learned the hard way last year: 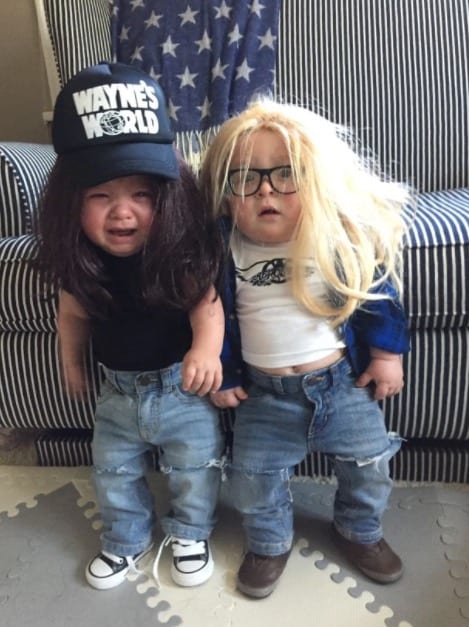 The trick, Willis told The Huffington Post, was was to avoid wigs and hats. (Solid tip for any parents out there who might be planning their kids’ costumes.) It also helped that the boys LOVE wearing sunglasses. “They sometimes wear them all day inside their preschool classroom for some strange reason,” Willis joked. 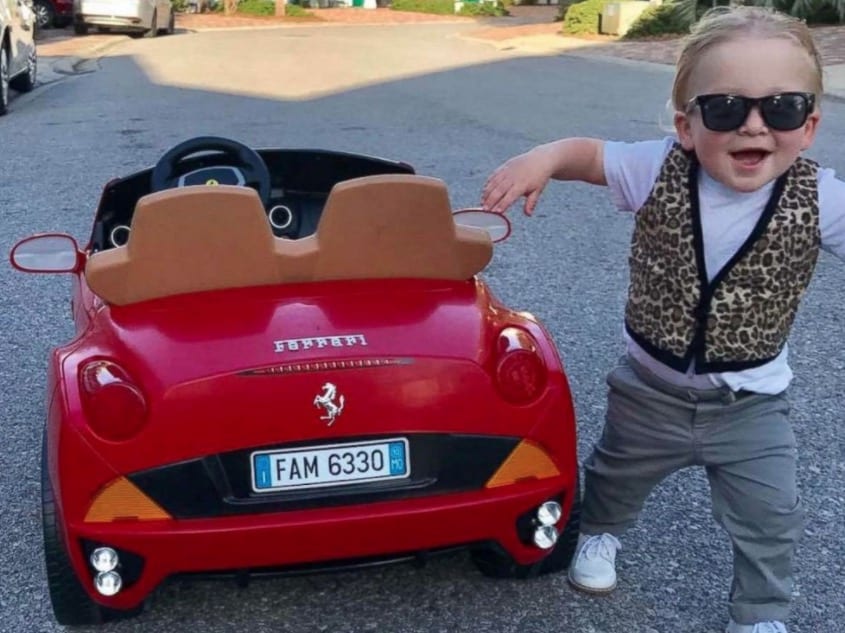 Once Willis got the boys in their costumes, it was time to test drive the Ferrari in the street outside their home, and time for pictures. 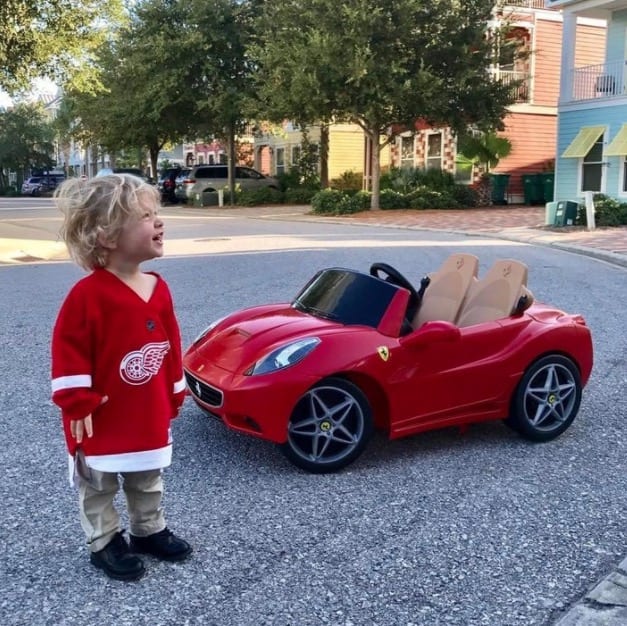 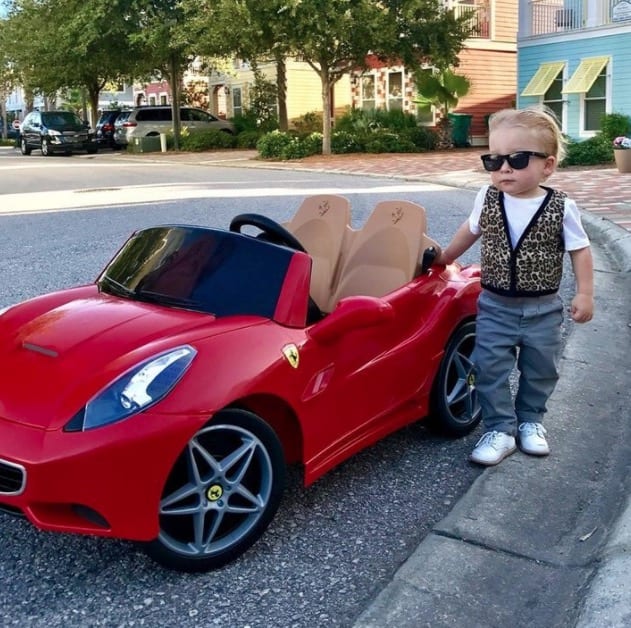 They even re-enacted the scene where Ferris crashes a parade to sing “Twist And Shout.” 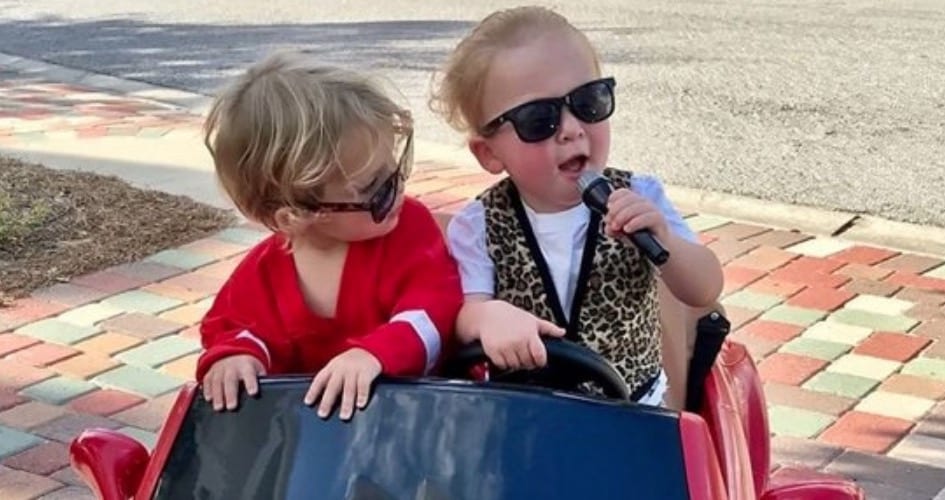 The Willis family definitely plans on doing more themed-costumes with the boys in coming years. Which is great, because there are plenty of movie duos I’d love to see them tackle, like:

-Some BMX bandits from BMX Bandits

Really anything would be great. Next October can’t get here fast enough!

15 Dark Memes for All the Terrible People out There to Enjoy
Sisters Shouldn’t Ask Their Brothers How They Look. It Won’t End Well.
15 Tattoos That Will Make Your Soul Hurt
75-Year-Old Little House on the Prairie Star Marries Brother-in-Law
10 Signs You’re a Totally “Basic” Mom…Not That There’s Anything Wrong with That
The New Duchess of Sussex Was Spotted in Tonga with a Tag Still Dangling from Her Dress