There are few things in life that are better than getting a back massage, and what is the point in having kids if they’re not going to give you one at some point?

Father and software engineer Ken Kawamoto apparently agrees because he designed a brilliant t-shirt with a hidden purpose – it makes your kids actually want to give you a back massage. 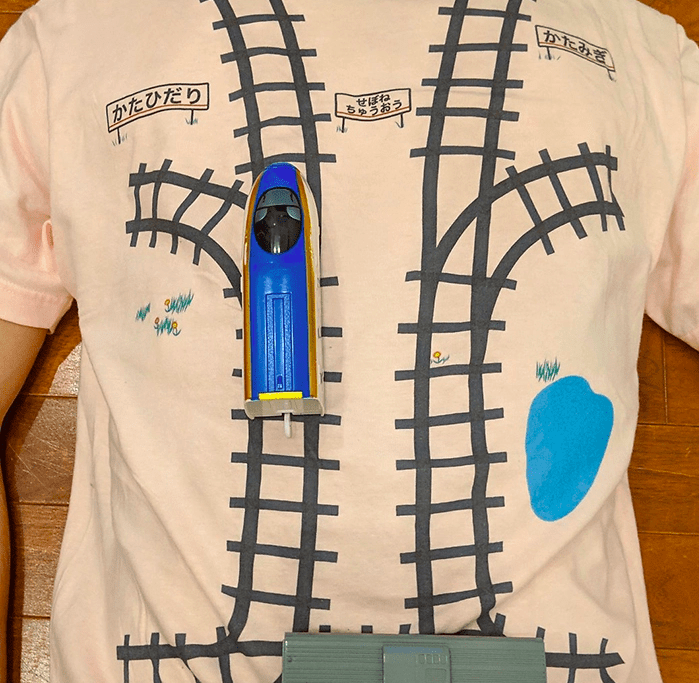 He got the idea when he was laying on the floor on his stomach and his son started playing with his toy train on his back. Ken figured that as long as the kid was doing it, he might as well be hitting all of the right pressure points. 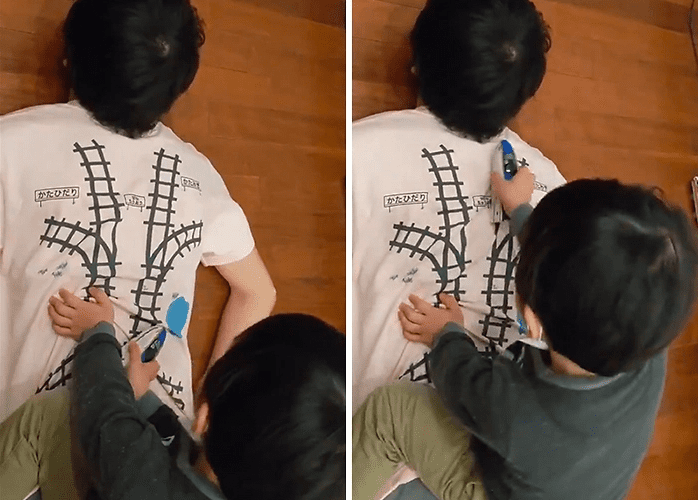 His son is into trains (obviously), so the t-shirt has a railroad on it that has areas labeled “right shoulder,” “left shoulder,” “spine,” and “lower back.” That way he (or you) can give accurate directions as far as where the train is needed next.

If your kid also loves using you as a toy, you can order the t-shirt in a bunch of different colors.

Finally, having kids pays off!

10 Cheat Sheets That Could Make Eating Healthier Just A Bit Easier
The Cincinnati Zoo Is Putting Its Animals Online for All to See
Someone Needs to Explain These 14 Pregnancy Cravings
These Funny Photos Will All Bring a Smile to Your Face
10 Candy Hearts for People Who Have Been Together for More Than a Decade
Read This Heartfelt Open Letter From a Mom Asking Her Husband for More Help
We use cookies to offer you a better experience, analyze traffic, personalize content, and serve ads. Learn more